Back to Announcements Index 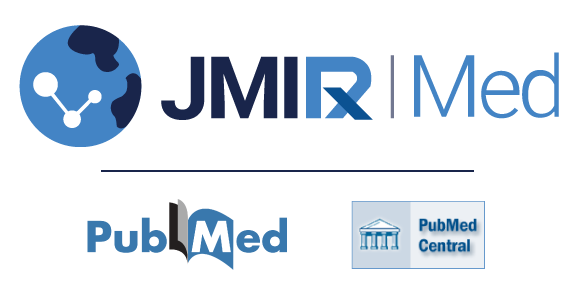 (Toronto, March 11, 2022) JMIR Publications is proud to announce that our first-of-its-kind overlay journal, JMIRx Med, has been accepted for indexing in PubMed Central (PMC) and PubMed.

As the first overlay journal in PMC and PubMed, JMIRx Med becomes the standard-bearer of this important innovation in scholarly publishing. Editors of overlay journals select content already posted on preprint servers such as medRxiv and bioRxiv. They then select manuscripts that match the scope and quality parameters of their publications and offer authors a rapid peer review and possible publication of their preprints, coupled with all the traditional elements of a journal publication. JMIRx Med enters the ranks of PubMed-ranked scientific publications following the US National Library of Medicine’s (NLM’s) rigorous evaluation criteria. Papers published in JMIRx Med will be in PubMed by mid-summer 2022, after legacy files are prepared and deposited.

JMIRx Med Editor-in-Chief, Dr Edward Meinert, Associate Professor at the University of Plymouth, commented that “JMIRx Med’s acceptance for indexing in PubMed Central and PubMed is a validation of the scientific quality and innovativeness of our authors and their work. The emerging evidence disseminated by JMIRx Med fills a key gap in scientific communication and we look forward to further expanding our impact on medical science.”

Overlay journals like JMIRx Med help authors in their publication endeavors by allowing them to bypass the step of separate submission to journals. Instead, editors and community reviewers get alerted about the papers they want to publish and extend conditional offers of publication to interesting articles published on preprint servers. Authors can also self-nominate their existing preprints for publication (which is equivalent to a traditional journal submission), using a very simple submission form that points to the preprint.

Speaking about overlay journals at the 2021 Council of Science Editors annual meeting, Eysenbach stressed that JMIRx Med will not be publishing unsolicited peer reviews of manuscripts and will also work with the authors to improve their preprints and publish final versions of record. JMIRx Med solicits comments on preprints, allows authors to respond to scholarly critique, and when finalized, publishes the fully revised manuscript as the citable version of record.

“JMIRx Med provides a glimpse into what we strive for as the future and end goal in scholarly publishing: open science. In this model, the vast majority of papers will be published on preprint servers first, with overlay journals or even traditional journals competing to peer review and publish peer-reviewed versions of the best papers,” says Eysenbach.